When eight cadets are left behind at an isolated military high school, the greatest romantic drama ever written seeps out of the classroom and permeates their lives. Incorporating the original text of ‘Romeo and Juliet,’ YouTube videos, and lip-synced Indie rock music, Private Romeo takes us to a mysterious and tender place that only Shakespeare could have inspired.

I was recently able to watch this movie at a cinema in NY on my travels and I must take my hat off to Alen Brown for making an adaptation of Romeo and Juliet so perfectly without getting carried away with trying to make it something it is not.

I have heard so many people say that it makes no sense calling a male by a female name but I believe that is what makes it so brilliant. The film is able to show a gay Romeo and Juliet story without getting caught up in the titles that we believe everything should fit into.

The boys are Romeo and Juliet they have a love that is pure and as clear as day but have to overcome the blindness of others. To be as talented as Shakespeare was at writhing plays you have to be able to create something that touches everyone in a different way this film shows just that. Sadly in order for you to fully understand the brilliance of this film you have to leave all your judgments behind.

I believe that Shakespeare would have been proud of how his masterpiece on unbiased love holds true in this film! 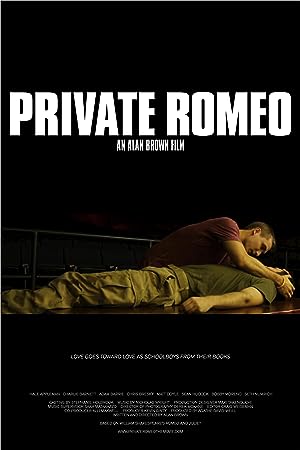 Be the first to review “Private Romeo 2011” Cancel reply