Two young men and a boy roam the overgrown English countryside, seeking to escape a deadly virus. The two men are forced to take a horrific decision after the boy’s behaviour puts them in increasing danger – but is it too late to cheat death? ‘Remission’ is a brooding fable exploring the paradoxes of sexuality and survival.

There aren’t many post-apocalyptic gay-themed films out there, but Remission gives it a go (even if the gay side is only a small part of it). After a deadly virus has wiped out most of the population, two men try to survive out in the countryside, along with a third (who is obviously damaged and virtually mute), who they’ve picked up along the way. However, they begin to worry that their new companion is putting them at risk, which causes them to consider drastic actions. Remission is a rather dark and disturbing film, which constantly plays with whether its heroes are actually its villains, especially when you discover how they may be exploiting their companion in return for keeping him safe, and what they will all do to survive – or to kill. It’s certainly not a lot of fun – in fact it’s pretty dark and unsettling right the way through – but it is very watchable. 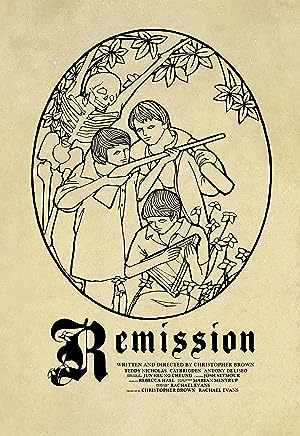 Be the first to review “Remission 2014” Cancel reply