Paradise lost seems to be an appropriate second title for this not very famous movie. Why this lack of fame? Obviously because of what seems to appear as inappropriate content: the director has indeed decided that the description of the return to innocence of the children implied that they had to get rid of their clothes. This meant a lot of problems to distribute the movie and of course things have only gotten worse in our contemporary society. The background being set, I would like to insist on the cinematographic qualities of the movie, which are real: Bluemke intended to emphasize the beauty of nature and the strong link between the latter and people. There are a lot of general shots that are here to remind us of the close relation between the landscape and its `products’, the children. And the director obviously thinks that mankind must not loose its memory and its origin: therefore the return of Robby to nature, when his friend teaches him to swim, is presented as a very positive thing, which Christopher Young’s very moving and delicate music emphasizes. In such scenes the nudity of the children has certainly nothing to do with voyeurism: it is just an integrated part of the artistry of the movie. In a way it reminds me of the photographs Edward Weston made of his son (the famous `Neil’ series): everyone recognizes today the value of this approach, which is very similar to the one developed by Bluemke, who wants to show in a very sober way the lines that constitute the human body. Of course the movie is not perfect: there is for instance some amateurism in the acting of the children and the director has not the eye of his greatest peers (Nicholas Roeg’s masterpiece Walkabout which develops a similar theme). But it still is a commendable work which wants us to believe that return to nature may lead to innocence and not cruelty and madness, as it is the case in Lord of the flies for instance. 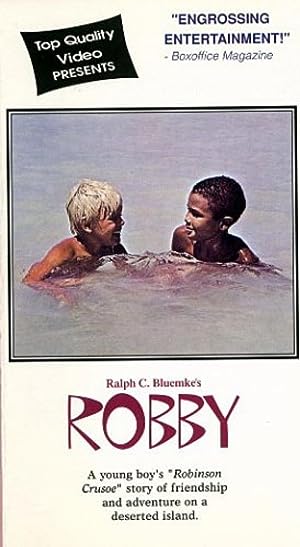