Abdellah is a young gay man navigating the sexual, racial and political climate of Morocco. Growing up in a large family in a working-class neighborhood, Abdellah is caught between a distant father, an authoritarian mother, an older brother whom he adores and a handful of predatory older men, in a society that denies his homosexuality. As a college student, Abdellah moves to Geneva and while faced with the new possibilities of freedom, he grapples with the loss of his homeland. SALVATION ARMY, the directorial debut for Abdellah Taïa – an acclaimed Moroccan and Arab writer – is adapted from his novel of the same name. Taïa is the first writer of his descent to speak out openly about his homosexuality.

If you are looking for a “proper” gay movie, this is definitely not one. I wouldn’t even say that “gay” is the main theme of the movie – “confusion” might be a more suitable one. As an auto-biographical movie, I think it does a pretty good job already. I am intrigued by the movie to read the novel, too.

Bottom line: only watch this movie if you want to spend an hour or two to get to know the story of a person, who just happens to be gay. If not, watch “Hawaii” (2013), a movie with similar pace and cinematography, except that “Hawaii” actually has a plot. 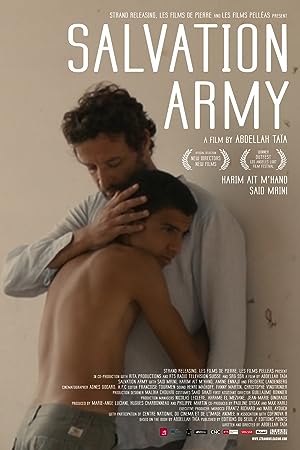