A 14 year-old-boy, struggling with gender identity and religion, begins to use fantasy to escape his life in the inner city and find his passion in the process.

Saturday Church (2017) was written and directed by Damon Cardasis. It stars Luka Kain as Ulysses, a young gay African-American man who would like to be a cross dresser. He’s tormented and bullied in school, and verbally abused at home by his aunt, who takes care of him.

Ulysses finds Saturday Church, a place where gay men can express their identity, and where most of the members can, and do, cross dress safely. Saturday Church introduces Ulysses to the voguing scene, and the film gives us plenty of music to hear and voguing to watch.

We saw this movie at Rochester’s great Little Theatre, as part of the wonderful ImageOut, the LGBT Film Festival. It won’t work as well on the small screen, but it’s still worth finding it and watching it. 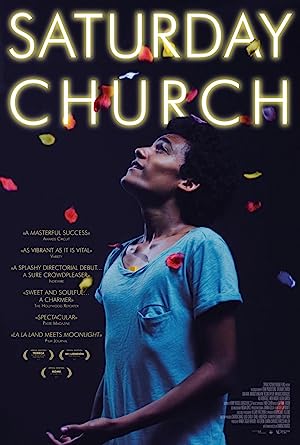 Be the first to review “Saturday Church 2017” Cancel reply