A group of siblings comes to earth to experience trials crucial to their eternal progression and learn the true meaning of their existence.

I grew up listening to this music, but the original so-called movie that was a play was a huge disappointment. I was very excited when I heard they were remaking Saturday’s Warrior. And the producers, director, and actors did a great job with this one.

My family had the opportunity to see it opening night and went again a few weeks later. I don’t think there has ever been a movie in my life I had any interest in seeing in the theater twice before this one! I laughed, I cried, but mostly I was completely uplifted by this story of a family going through the struggles that a family goes through. I’ve been thrilled with the recent releases of movies that don’t mock faith, but show its real power in the lives of people. There is nothing objectionable in this movie. I loved it. My children loved it. Admittedly I connect more with the parents now than I did as a teenager, but I think this is a great movie.

Of course, if you are not a person of faith, you will I’m sure find plenty to complain about and make fun of, but that says more about your faith than it does about this fun and powerful movie. 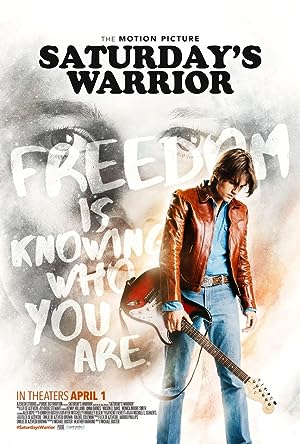 Be the first to review “Saturday’s Warrior 2016” Cancel reply