In the beginning of the 19th century, Johannes Elias Alder is born in a small village in the Austrian mountains. While growing up he is considered strange by the other villagers and discovers his love of music, especially rebuilding and playing the organ at the village church. After experiencing an “acoustic wonder”, his eye color changes and he can hear even the most subtle sounds. Elias falls in platonic love with Elsbeth, the sister of Peter, a neighbor’s son, who has longstanding homosexual feelings towards Elias. After Elsbeth, out of frustration from Elias’ not returning her love and instead being obsessed with music, chooses to be impregnated and marries someone else who lose love she had spurned for Elias. The village burns and most villagers, including Elsbeth, evacuate to the closest town. Elias remains behind. Having heard of “the prodigy in the alps”, a music master seeks out Elias and invites him to an organ challenge in the town where the villagers relocated. Elias performs there and amazes the audience which includes Elsbeth. She is unable to meet with Elias before he is rushed to a waiting carriage. She calls to him and he hears her, but it is too late. Elias is taken on a brief tour by his mentors but soon returns to his spiritual site near the burnt village where he takes his own life (with Peter by his side), having decided to not sleep anymore. Elsbeth later returns there, a widow with a young daughter, hoping to find Elias but instead discovers his spiritual site has disappeared.

Motion Picture Rating (MPAA)
Rated R for violent and disturbing images, and for some sexuality

When I saw the movie I was a little bit disappointed because I first read the novel, but when I really thought about it Joseph Vlismair did the best with the stuff he had. In the novel there are so many feelings described which you can’t describe with pictures and sounds. Watch the film when you already read the novel because otherwise you may not understand some parts. All in all it is a very good Film! 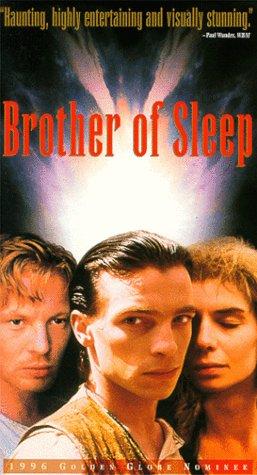 Brother of Sleep (1995)
127 min|Drama, Music, Romance|13 Sep 1996
7.1Rating: 7.1 / 10 from 1,466 users
In the beginning of the 19th century, Johannes Elias Alder is born in a small village in the Austrian mountains. While growing up he is considered strange by the other villagers and …
Director: Joseph Vilsmaier
Creator: Robert Schneider (novel), Robert Schneider (screenplay)
Actors: André Eisermann, Dana Vávrová, Ben Becker, Jochen Nickel