Out of the imagination of acclaimed artist-filmmaker Henry Coombes comes Albert, an eccentric, aging painter doubling as an unconventional, Jung-inspired psychotherapist. When Albert’s friend asks him to counsel her lethargic grandson Ben, whose ongoing boyfriend problems are rapidly fueling an already deep depression, their subsequent therapy sessions reveal as much about Albert as they do about the troubled young man. Coombes’ debut feature is a witty, perceptive study of social mores, sexual excess and the bizarre, symbiotic relationship between doctor and patient; teacher and pupil; artist and muse.

This one is for the avant-garde crowd. It’s full of strangely odd but likeable characters. The plot is both obscure and obvious.

My advice is to watch this for the dialog, which makes sense and nonsense, at times. Nothing is really gained by movies end. It is like the opening where the two boys go to have sex — behind a sign above a highway. Moral of story – life passes by even when hiding. 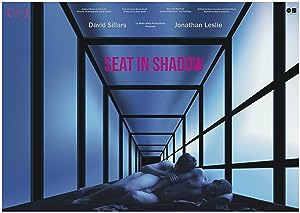 Be the first to review “Seat in Shadow 2016” Cancel reply