In 1935, 99-year-old former slave Shadrach asks to be buried on the soil where he was born to slavery, and that land is owned by the large Dabney family, consisting of Vernon, Trixie and their seven children, and to bury a black man on that land is a violation of strict Virginia law.

This beautiful story got overlooked somewhere; what you call a ‘sleeper’. Most certainly undeservedly, as this is indeed a wonderful film.

One could say that ‘Shadrach’ is an ‘amateur’ production, as most of the cast and the director Susanna Styron had not made any other films previously. Albeit the inclusion of very well-known names in the cast such as Martin Sheen (invisible narrator), Andy MacDowell and Harvey Keitel, who must be considered the ‘professionals’ in the whole enterprise.

Hiro Narita’s photography is excellent, capturing the essence of rural Virginia and the sweat on the actors’ faces in all kinds of light. The music is correct lending great atmosphere to the development of the film.

I cannot remember Harvey Keitel in a better role: here he is a convincing poor Virginian trying to eke out a living selling a few bottles of illegal whiskey, father of seven children. No overacting: nicely controlled interpretation of a simple rough type with a bit of good heart. Commendable performance. Andy MacDowell is not bad, though how she could possibly have such a good-looking sexy figure after seven children escapes all reason!

And the old man of the film: John Franklin Sawyer, aged 91 when this film was shot, the only film he has ever been in, is magnificent: you really feel for this old man as the film progresses and you empathise with his desire to return to the soil that saw him born. Wonderful, but without being a soppy tear-jerker. A sober feat, brilliantly handled. Scott Terra and Ginnie Randall give authentic performances.

All this points a finger at Susanna Styron: masterful directing, comparable with other masters of greater experience. She knew how she wanted to develop the characterization of her actors, and the result is extremely satisfying. She knew how she wanted those old cars to appear, and how the little old houses should appear. A great accomplishment. This is because from this ‘amateur’ production, it is clearly evident the amount of effort and loving care with which everyone concerned were bent on so as to make this beautifully told story be so warm and human.

If you have the luck to find this film on any channel or on video, do not miss it: this film is richly rewarding. It deserves to be far better known than it is. My vote is a high seven out of ten. 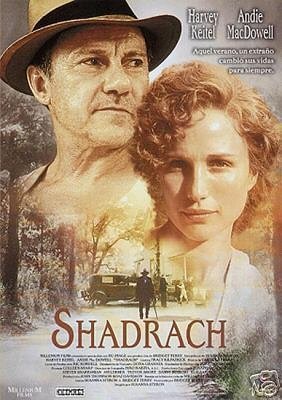