I love how the episode ends and how complicating the next season will be! Don’t mess with the Gallagher’s! Haha! Hopefully Mickey will make a return next season, fingers crossed! I was very surprised John Wells directed this episode, and it’s a great looking episode! Thanks Shameless for proving you still got it and that it’s the best show of the decade! ? 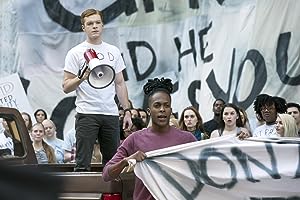 Be the first to review “Shameless US S08E12” Cancel reply