Growing up in the shadows of Shanghai, Bei (Li Zhinan), a disillusioned dancer, spends most of his time in a drug-induced haze. But when he begins developing AIDS-like symptoms and fears he could be seriously ill, he turns to his three best friends to help him forget. Complications ensue when Bei and another friend, Jie (Zhou Zijie), begin to feel more than mutual camaraderie, which throws their sexuality into serious question.

I saw this film on telly very late at night when I was feeling a bit funny, and enjoyed it a lot. I suppose this is kind of like a Chinese version of “Kids”. I wasn’t sure until the credits that the people in it were actually acting, because I thought it was very realistic… rather like a documentary. The film follows a group of young people in modern-day Shanghai getting to grips with sexuality, drugs, and all the other things that young people traditionally get to grips with. Not to say that it is unoriginal, because it isn’t, but there is not really a story to speak of. Even though I don’t go in for these sort of character based films, I found myself enjoying it. But I was feeling a little funny that night. I give it 8 out of 10, and I’m not feeling funny anymore so that is a sane opinion.. 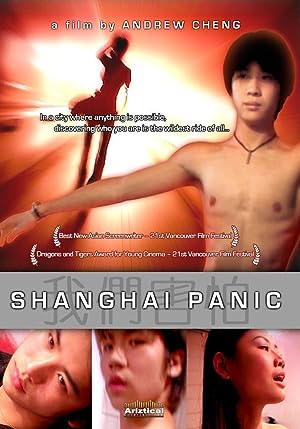