Teenage gang member Cal hides his sexuality from his fellow happy slapping gang members’ often futile and violent dislike of anyone who isn’t the same as them, be they unsuspecting shoppers, foreign students, gays, etc. Hooking up with a random stranger (Scott), Cal is unaware that this chance meeting will eventually provide him with choices and routes of escape from the tedium of his unambitious and depraved life. When his world collides with Olivier, a French student he rescues from a pointless beating, he encounters a lifestyle that presents as many new experiences as it does obstacles.

As a gay man I can understand why other gay men have found this film difficult to watch. It is disturbing.

It depicts a very real story that looks at a young gay gang member hiding from his fellow hoodlums his sexuality whilst engaging in dangerous and at time’s very unsafe sexual practices without their knowledge.

Only a chance encounter (and subsequent love affair) with a victim of the gangs abusive streak arrests his spiral and descent into the hell of the ultimately bored undereducated unemployed subculture that does hang out on Britain’s street corners intimidating all those who appear to have more to their lives than they do! This betrayal turns the tables and lives change – forever.

Whilst I agree that some of the acting is clunky and requiring more schooling – it is all very valiant in effort. I haven’t marked the film down for this as the direction, script and editing and urban soundtrack (balanced with some lovely score) keep you hooked to the last. The first frame of the film is carried with you to the last reveal and this satisfies the viewer considerably.

This is a brave film, unique when set against the volume of gay films that are being released that have nothing new to say and tread well worn clichéd paths. I genuinely applaud it. It’s unique interwoven story deserves at least a 9 out of 10 on its own.

It might not be comfortable viewing for many but it packs a punch that resonates for a long time afterwards – a mark of a good film. Quite rightly it reminds us that despite more liberal legislation of late gay life is still uncertain, insecure and gay men are still very vulnerable from fearful attitudes. 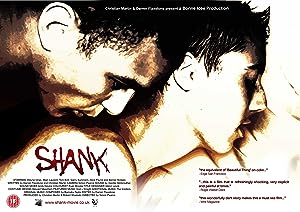