“Sideline Secrets” follows the story of high-school senior Devon Tyler. With successful parents, a popular girlfriend, plenty of friends, and being at the top of his class and about to graduate, all seems ideal. However underneath the surface, things are not what they seem. With the heightened awareness of his sexual identity, the crumbling marriage of his gruff, unsupportive father and alcoholic mother, and the overbearing persona of his girlfriend, things couldn’t get more difficult…or so he thinks. That is until a new boy enters his life and proves to be the missing key that brings everything together. But it also threatens everything he currently has.

After watching and favorably reviewing DARKER SECRETS – SIDELINE II, I decided to find a copy of the original which I had not seen. I have to say that I’m glad I saw Darker Secrets first. I love the dark tones of the story and quick pacing of Darker Secrets better then the original but Sidline Secrets wins in the charm department. I think if I had seen Sideline 1 first it would have clouded the way I viewed the sequel. Both are very good low budget films but I have to give the edge to Darker Secrets just because I love the dark decent of the lead character. These have always been my favorite type of character study.

Sideline Secrets is much more charming then it’s hard edged sequel, and I loved the two male leads played by James Townsend and Alex Wilson, as well as some of the supporting cast. Brandon Alexander as Cliterissa Pink is clearly the stand out. At times Sideline Secrets feels like two different films. I think this is what makes if seem much bigger film then it actually is.

After viewing both productions I wonder why they didn’t connect the Frisbee player In Sideline Secrets with the main character in Darker Secrets. They both are played by the same actor Rick Bolander. I think that was an opportunity missed.

Usually in a low budget gay film of this sort you get the feeling the director is merely there because somebody has to say action and cut! After watching SIDELINE and DARKER SECRETS both directed and edited by Steven Vasquez I get the sense that the success of both films is due largely to his sensibility, pacing and style. In other words it seems like he cares about these films while other directors in this arena seem like that could give a crap.

I’m a fan of both films, still for me Darker Secrets has the slight edge. Sideline Secrets 3? 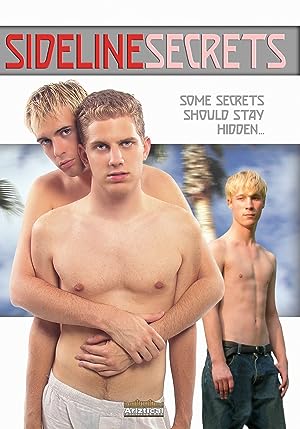