When Sam’s girlfriend breaks up with him he becomes depressed. To cheer him up, and get things back to normal, his socially awkward brother Simon (Skarsgård) decides to set out on a quest to find Sam a new, perfect, girlfriend. Struggling with his own Asperger Syndrome, the quest is more difficult than Simon first expected.

This film is about a young man with Asperger’s syndrome trying to find a girlfriend for his brother, as the brother’s girlfriend cannot tolerate his apparent eccentricity.

“Simple Simon” is a pleasant surprise. It offers accurate insight into how the mind of a person with Asperger’s syndrome works. The rigid routine of Simon is comical and delightfully portrayed, helped by the on screen texts and diagrams, and the huge wheel in Simon’s bedroom detailing his daily routine. The characters are very human, Sam is loving and caring, while Jennifer is tolerant and accepting. We see subtle changes in Simon too, leading to a happy ending. I think “Simple Simon” will help people to understand Asperger’s syndrome, and hopefully help people to be tolerant, understanding and accepting about people with Asperger’s syndrome. 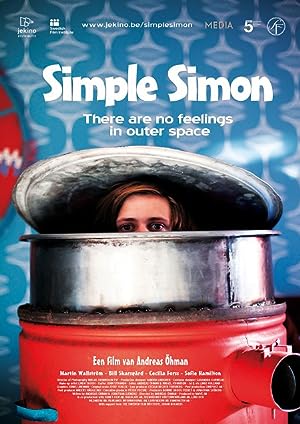