While spending the summer in cottage country on the shores of Lake Superior, three teens cope with boredom by testing the limits of their experience.

Imagine a movie that seems a montage of home video shots of three young teens having a summer vacation, which feels both whimsical and real. It slowly, very slowly builds up towards the tragic ending where characters get to live (or die) with their choices.

It was an interesting movie, an original story, with great acting all around. However, be warned that you just have to be in the mood to appreciate this. It is not a fun teen comedy nor is it a dark dramatic thriller, but a realistic foray into the adolescent psyche.

It is also pretty low budget, although (I think) masterfully done. This is not a blockbuster that you can enjoy with your friends over beer and pizza, but a thought provoking movie that only a few people heard about and even fewer saw. But I believe it is worth viewing. 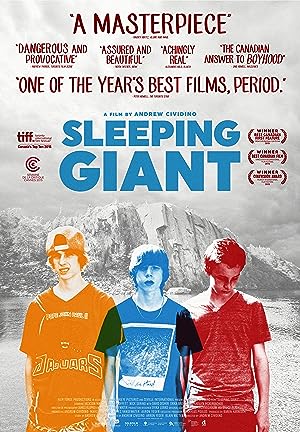 Be the first to review “Sleeping Giant 2015” Cancel reply