The journey of 19th-century frontiersman Ephraim MacIver and the adventures, stories, and homosexual relationships he had with other men in the American wilderness.

This takes place in the American West of the 1870s. A young man named Ephiram (Morgan Royce) is in the wilderness fleeing a vicious male lover. He runs into Indians and hunky Cyrus Wheelwright (John Iverson). He begins to realize he’s gay but has trouble coming to grips with it because of his ex. Can Cyrus and some Indian mystics help Ephiram realize that being gay is not bad?

For its time this was groundbreaking. It’s probably the first gay coming of age story caught on film. It was shot in color but I unfortunately saw it in black & white on an old VHS tape. Still the cinematography was beautiful. It looks good in b&w–I can only imagine how color would look. The script is interesting–some of the talks about men loving men are fascinating (for its time). There’s also a beautiful fireside talk between Ephram and Cyrus leading to a tender kiss. There is male nudity (including frontal) but nothing explicit. The two sex scenes show absolutely nothing that could be considered hard core. Still, the MPAA seems to have issues with male nudity so they would probably slap it with an NC-17. The cast themselves are all handsome men with nice bodies. Surprisingly even the acting is good–especially by Iverson. The only debit is Royce. He is beautiful–but can’t act. The poor guy DOES try but it’s no go. Because of that I can only give this a 9. Still well worth catching. Try to see it in color–I’m sure it must be beautiful. 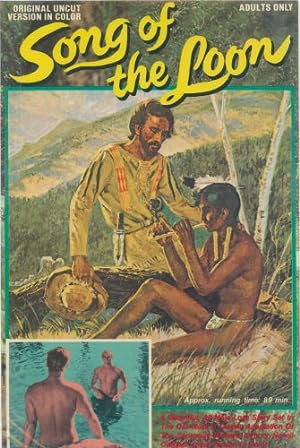