Five teenage friends will stop at nothing to attend a concert by their favorite band, The Stone Roses.

‘Spike Island’ is clearly a labour of love: love for the ’90s, for Manchester, and for the Stone Roses. These are loves which I share with the filmmakers. However, I have a feeling that this is what carried me through a great portion of the film. From the outset the cinematography is slick and fun, the cast are likable and solid, and it goes without saying that the Roses soundtrack elevates the film whenever it is utilised. The major downfall of the film is the script.

It’s not terrible by any means, and is wonderfully funny and charming throughout. Unfortunately, it feels like a first draft for what could have been an excellent final film. It suffers from trying to cram in too much, which ultimately has the opposite effect and leaves the viewer feeling like we haven’t really covered anything. All of the characters, even the protagonist, are extremely thinly sketched, each with different a Coming-of-Age cliché stuck to them in place of actual character development. The setting has been painstakingly reconstructed, and in a sense the aforementioned scantiness leaves us with an impressionistic, unfocused but very accurate glimpse of the time and place. Which is nice, but cannot sustain an entire feature film.

A major plotting fumble which could have been corrected in a redraft is that it drags on for far too long after the actual gig has taken place. This is the focus and the high point of the film. Afterwards it just feels like a slow decline in which you can’t see the bottom, as the film wraps up the myriad plot strands which it never successfully committed us to in the first place.

The adulation also gets a little cringey at times, even for a film which was made with the purpose of adulation: lines like ‘I feel like they made the record just for me.’ ‘Don’t be daft, they made it just for me.’ really could have been rewritten. I don’t often roll my eyes to Stone Roses praise.

I’ve focused a little more on the negatives of the film than I wanted to, because after a single viewing those unfortunate flaws are what have left the biggest impression. The overall experience was positive, though. The timing of the release couldn’t have been better. I’m glad the film was made, and I’m glad that I saw it. At the premiere, no less, where there was a lot of goodwill and anticipation from everyone, myself included. It’s just a shame that I couldn’t love it as much as I wanted to. 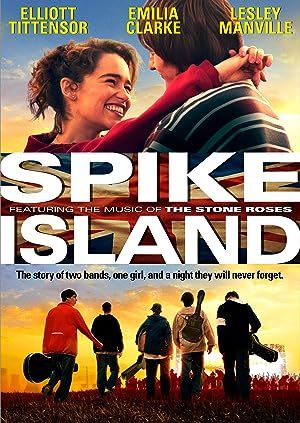