Adam Baker is the busiest teen ever, but after cloning himself, he is going to have the best summer ever with Adam 2, Winston, Party Boy, Sensitive and Perfect. They’re hoping to find the girl of his dreams and crush his arch enemy.

Splitting Adam is another original Nick Kids movie which owes a debt to the Michael Keaton film, Multiplicity.

Adam (Jace Norman) juggles a lot of of things in a busy summer where he barely has a moment to himself. After accidentally stumbling into his magician uncle’s mysterious tanning bed Adam ends up cloning himself. Not only that his clones have different personalities which leads to some slapstick and chaotic moments.

Adam thinks the clones will be the answer to his problems but once he starts feeling weak he realises that he needs to merge the clones back together.

The film is primarily aimed at kids who would enjoy it more than adults. It does have a decent soundtrack with recent hits but the special effects are below par and the film looks cheap. 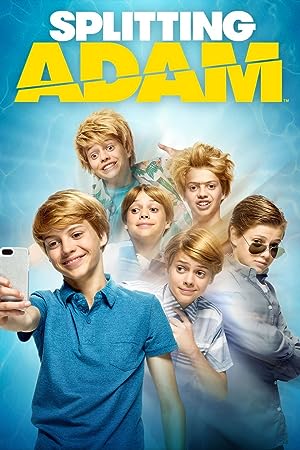