Vincent is an old Vietnam vet whose stubbornly hedonistic ways have left him without money or a future. Things change when his new next-door neighbor’s son, Oliver, needs a babysitter and Vince is willing enough for a fee. From that self-serving act, an unexpected friendship forms as Vincent and Oliver find so much of each other’s needs through each other. As Vincent mentors Oliver in street survival and other worldly ways, Oliver begins to see more in the old man than just his foibles. When life takes a turn for the worse for Vincent, both them find the best in each other than no one around them suspects.

This movie is a touching story. It is about a boy who befriends a crusty curmudgeon in Vincent (Bill Murray) and discovers some facts of life. But the deeper story is that family is really the friends you choose and the wide cast of misfits are brought together by a mix of circumstances and events. They are lost but then are found. The story also showcases the lost heroes of Vietnam. These veterans are dying off and as a nation we have forgotten their contributions in this senseless war. The boy is the glue to the cast and he bridges the gap from the wide differences between the characters. I would highly recommend if and is sure to conjure up a tear or too. A real good feel movie that shows how saints are everywhere, everyday, check out St. Vincent. Bill Murray is a masterful actor that becomes the character 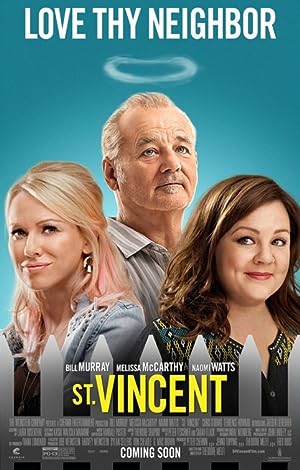 Be the first to review “St. Vincent 2014” Cancel reply