Darren and Connor are two star-crossed lovers bound together by blood. Set in a suburban neighborhood, Star-crossed is an atmospheric story of two brothers whose relationship develops into something more than society could ever handle. Unable to deny their feelings for each other the two brothers try to hide their relationship from an unkind world but fail. The boys decide that a world that cant understand them is a world thats not for them.

I had the pleasure of seeing this short film at the Miami film festival this past Saturday and let me just say I was astounded. It was the only film out of the whole program that I loved. It is beautifully shot, composed, edited, acted and written. After the screening I saw the director at a party and asked him what he was doing next. He said that he was working on finding financing for the feature version of the short. He described some scenes to me. It sounded like the kind of first film that launches the greats into the industry. If you ever get a chance to see this short I highly recommend taking it. Hats off to star crossed. 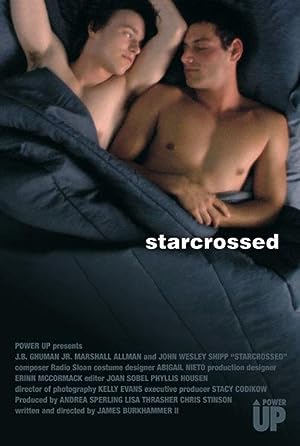