New to a small town, a city teen grows suspicious of a man who befriended him and his single mother.

This is a weird little number. It certainly is at least somewhat different from the typical “is this guy the psycho or not” thriller, but it’s definitely a confused movie. About as much as, if not more than, Greene’s character. The plot isn’t bad, and develops reasonably. In spite of there not really being *that* many separate threads to it, they seem incapable of keeping them from going all over the place. I personally found the “smart beyond his years” kid irritating, but I suppose not everyone would, seeing as how the type keeps appearing in flicks. The acting varies… hey, the children aren’t actually the worst, that’s nice. Some of the dialog tries to be sharp and clever, and falls flat. The music is strong, early on, later it gets… interesting. There are gaps in logic in this. Pacing is uneven. This can be relatively exciting and entertaining at best. There is little to no language. This has no sexuality. The violence is mild. A PG-13 or so rating fits. There is disturbing content in this, mostly in a few of the situations. I recommend this to the biggest fans of Hamlin and/or this type of film. 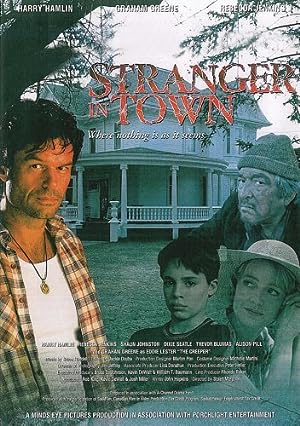