A provocative and challenging coming-of-age story between Cliff, a restless suburban teen, and Butch, a street hustler, on the eve of his 18th birthday. Butch challenges Cliff’s sheltered upbringing by exposing him to a different world that changes Cliff forever.

I was blown away by this film.

So many of the characters reminded me of people I grew up with during my middle / high school years.. the drugs and all.

There is nothing “pretty” or “whitewashed” about this film, It presents the audience with an accurate look into the lives of gay street kids & their lives.

The way they live, love, and die…

This is the kind of film I was truly surprised that a major chain like Blockbuster would carry.

Wheither you’re gay bi or straight, drug user, or straight-edger, there is something everyone can learn from SUGAR. 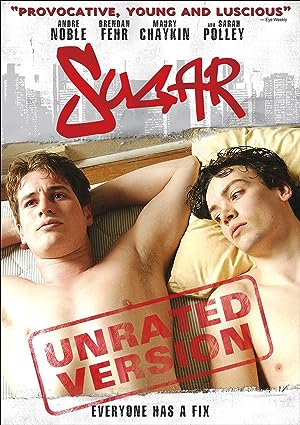 Be the first to review “Sugar 2004” Cancel reply