The difficult conditions of modern Georgia are explored through the eyes of young teenager working in an illegal distillery near Tbilisi.

Pretty well acted and filmed, continuously entertaining, but left me very depressed behind. The latter came forth from observing the circumstances people have to live in, due to no fault of their own.

The whole movie long we are expecting his father. Eventually, he appears BUT improves nothing in the situation at hand. Even worse, while I was expecting (hoping) that he would intervene in the daily “meeting” with two guys on the street who confiscate part of Susa’s earnings, he knowingly ignored the problem and did nothing to help.

The screening that I attended was part of the Rotterdam Film Festival 2010. The maker was present and we had an enlightening Q&A, especially about how the movie ended with a confrontation between two main characters. That final clash solved nothing, hence my depressed feelings about the hopeless situation these people are in. The Q&A clarified a lot of things that were not apparent for me while viewing. The latter can be my fault, of course. 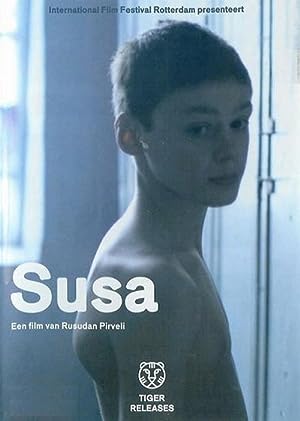