High school student Neil (Jesse Carere) has vowed to remain celibate due to his religious beliefs, as his church wants him to be part of a religious ceremony that requires him to be a virgin. Neil is unaware that his church, which practices Satanism, is planning to sacrifice him to Satan in order to prevent 1000 years of peace on earth. Once Neil becomes aware of this plan, he and his best friend Matt (Daryl Sabara) make plans to find a woman to take Neil’s virginity and thus save him from certain death.

Not sure why the ratings are so low (currently 4.8) cause this is perfectly watchable for a comedy-horror.

Perhaps they expected a lot of nudity because of the title and poster (not much in that department) and felt duped and rated it low because of that, I don’t know.

Sure it’s no masterpiece or anything but it’s never flat out dull and the characters are pretty funny.

It’s about a teenage guy who’s been selected as a virgin sacrifice for a satanic cult, in order to prevent that from coming true he needs to get laid or die trying ASAP, and that’s pretty much the movie.

So not Shakespeare exactly and some minor flaws but if you dug ‘THE FINAL GIRLS (2015)’ or ‘HELL BABY (2013)’ or the like I don’t see why you wouldn’t dig this enough. 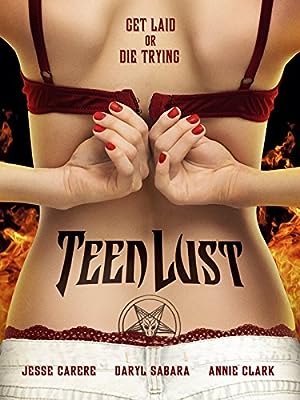