A witch informs a teen that he’ll become a warlock on his 18th birthday.

So the main story line given only goes through the first half hour of the film. The rest has nothing to do with the “warlock”. Though the whole thing does focus on the fetish for shirtless guys.

The first half is the story that was given. The rest is about three trash bag hoes arguing over who will get the roll in a B-film. Not to mention this is only the second DeCoteau film I’ve watched, and I’ve noticed that each film is mainly filmed at the same location.

The acting, writing, effects, and directing is complete trash.

The title in itself doesn’t tie that much into the film. I get the Teen Warlock part of it, but I feel the “666” in the title is like someone trying to be an edgy emo kid.

Praise be to fetish films. 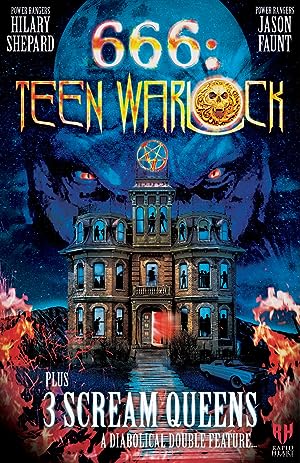 Be the first to review “Teen Warlock 2016” Cancel reply