Three American tourists follow a mysterious map deep into the jungles of Japan searching for an ancient temple. When spirits entrap them, their adventure quickly becomes a horrific nightmare.

The film had beautiful photography direction, but the plot was unacceptable. It is literally a composition of erratic and incoherent plot points. The transition between these points was rather ‘normal’ in the beginning. However, there was such a lot of time invested in it, that the middle point was extremely rushed. I have never watched a movie that does not have an end. This film had a beginning and a middle

it lacked a denouement.

Natalia Warner’s performance was atrocious. All she did was smile exaggeratedly in a tone that was quite reminiscent of a valley girl (without the ‘oh my god’s). There was a lot of subtlety in the feelings she had to convey, and not once was I convinced that I was seeing her as her character.

Brandon Sklenar, on the other hand, was promising, but he was purely decorative thanks to the predictability of his role. For such a small cast, that had a strong impact.

Character development was nonexistent. A group of three is in Japan and they decide to go a temple. We only know why they are there. That is pretty much it. Next thing we know is a repressed passion surfacing – though it was pretty evident from the first scenes.

Additionally, the sound effects were clumsily put together and did not have any fade-ins and fade-outs.

Finally, the Japanese cast was far superior to the American, but Logan Huffman’s performance was acceptable, albeit constantly wearing a face in which he looked lost. I suspect this was a direction issue.

I always tell myself that even a bad movie will have something memorable and will be able to evoke some thoughts or feelings. Now, I do not consider this a bad movie, simply far from being a complete piece. As such, I am not sure what the takeaway is. 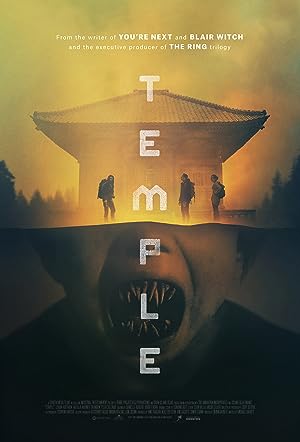 Be the first to review “Temple 2017” Cancel reply