Summer 1939 in the Provence, France: the 14 years old Julien has a crush on his cousin Julia, who lives together with his family in their small hotel. Unfortunately she ignores him, because she’s several years older. Then the hotel guest Charles enters the competition, a slimy twenty-something who lusts for the girl, despite the fact that he’s engaged.

Knowing Hamilton as a photographer, you can be slightly surprised. While Bilitis looks like his books in a movement with all those young girls discovering themselves and relations with each other on the edge of lesbian, with a plot connecting these scenes, Laura concentrates on few characters what enables developing relations among them (male-female, artist-model) but though we see beautiful photos, many of them better than his average, their number is reduced for the sake of the plot. Tendres cousines is different from both, it is only Hamilton’s movie that looks more like a film than like a collection of moving photos. Because of that it can be acceptable to wider audience than Hamilton’s fans, looking like an erotic comedy (but not German soft-core type – “Schulmädchen report” fans would be very disappointed). You won’t laugh a lot, but you can smile (and that’s something you don’t often get from Hamilton). Unlike all other Hamilton’s movies the age of female varies. Unlike other movies main character is a boy. Unlike his usual works this one isn’t put out of place and out of time. We have characters that live their life, have their destiny and don’t lead us only from one photo to another, from one nude girl to another.

Unfortunately, Hamilton (again) gets lost with a script in his hands. Girls on beaches, under shower, in low-light rooms, in gardens, under tents, in front of mirrors, regardless of the amount of clothes – this is his territory, he can shoot minutes and hours, and whatever he does you’ll always feel the artist’s eye and hand behind it. But when he has to present us average everyday life he stops being Hamilton and becomes average director who just follows the script. Hamilton is best known for his nudes, but they are just a part of his work. And in Tendres cousines we have a reverse situation: his girls are not in the best shots. Nature, garden, house remind us on Hamilton’s work (often neglected part of it), while girls, even when nude, don’t have anything special in the way he presents us. Maybe Hamilton was confused having a boy in front of camera, maybe he was thinking about a line that censorship would accept, maybe he was really trying to make something new (and no one dared to tell him he shouldn’t), but he neglected what he was mostly praised for. 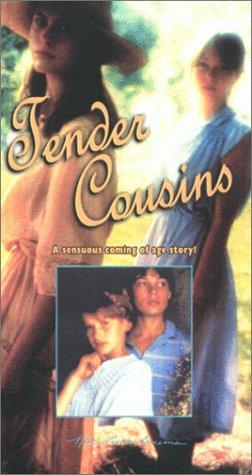 Tendres cousines (1980)
90 min|Comedy, Drama, Romance|01 Nov 1983
5.6Rating: 5.6 / 10 from 1,346 users
With the outbreak of WWII, the sudden call to arms will send the men of a family's estate to the front, leaving a curious adolescent alone with the remaining women of the house, in need of a warm embrace and, possibly, a daring kiss.
Director: David Hamilton
Creator: Pascal Lainé (scenario), Pascal Lainé (based on the novel by), Josiane Lévêque (adaptation), Claude d'Anna (adaptation), Werner P. Zibaso (author)
Actors: Thierry Tevini, Anja Schüte, Valérie Dumas, Évelyne Dandry