Home » Non-English with Subtitles » The 4th Floor with English Subtitles

The 4th Floor with English Subtitles

Based on writer Albert Espinosa’s own experiences as a teenager in a hospital cancer ward, 4th Floor follows the relationships of a gang of wheelchair-bound teenage boys – “the baldies” – who live together in the cancer ward on the fourth floor of a hospital. The boys all have remarkably positive attitudes, and are determined to defy the misfortune that life has dealt them. There are new patients whose acquaintances are worth making, nurses at whom they can poke fun, a basketball team to run and nightly saunters down the hospital corridors. There’s even love to be found a few floors up! Flipping between comedy and tragedy, this touching tale of friendship manages to remain upbeat despite its grave subject matter.

I turned on TV the other night to find this playing(good old SBS, best TV channel in the world which also happens to be free-to-air). Seeing 3 or 4 bald young boys made me curious so I stood there watching a bit longer. It was a nice story but I watched to the end for two other reasons: The really nice shots of the action in the hospital corridors and those beautiful boy actors. Their enthusiasm really seems to lift the movie up a notch. Great casting and a great effort from those kids.

Lacasito 01 mentioned that the English subtitles weren’t up to scratch. I can only recommend that you find a copy of the version that I watched here in Australia. The slang and the swearing are translated into Aussie by the subtitlers on my favourite network. I sometimes get a bit of a shock when I sit down to watch a foreign movie and the characters are spouting lines that I could have heard down at the local pub. I think for non Australians though, that this might add just the flavour of foreigness that you need in the dialogue of a foreign-language film. 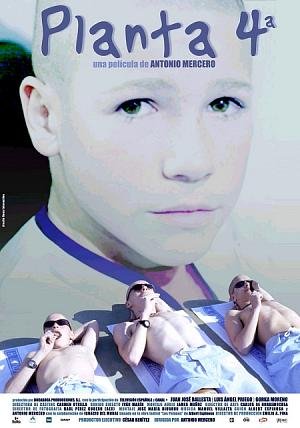