The Adopted Son 1998 with English Subtitles

n a Kyrgyz village, five older women adopt an infant foundling. Jump ahead about 12 years: the boy, Beshkempir, is entering puberty, the age, his granny says, when life goes berserk. He plays with friends, horsing around, sniggering about sex, going to an outdoor movie. He works, fishing and making bricks of mud. And, he’s starting to notice girls. He and his best friend fight, and he learns to his consternation that he’s a foundling. A death in the family pushes Beshkempir even faster toward adult roles: he must brush tears from his eyes, lead a funeral procession, and reconcile with his friend. Then, he borrows a bicycle and calls on Aynura: courtship begins.

Beshkempir is one of the resonable rare films which does not overfill you with a lot of pictures. The story is very simple – the growing up of a young boy in a rural part in Kirgistan – but it contains in a way the whole “meaning of life”. The growing up from child to a young adult is shown in a tremendous poetic way 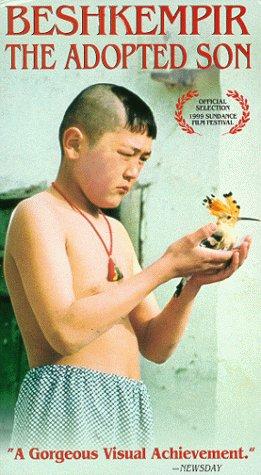 1 review for The Adopted Son 1998 with English Subtitles