A mysterious, very old solicitor Mr. Blunden visits Mrs. Allen and her young children in her squalid, tiny Camden Town flat and makes her an offer she cannot refuse. The family become the housekeepers to a derelict country mansion in the charge of the solicitors. One day the children meet the spirits of two other children who died in the mansion nearly a hundred years previously. The children prepare a magic potion that allows them to travel backwards in time to the era of the ghost children. Will the children be able to help their new friends and what will happen to them if they do??

Like many films made by the British film industry at it’s nadir in the 1970s, the Amazing Mr Blunden could be overlooked, but those willing to make the effort will find a gem. There’s the wonderfully English setting of the film, mixing the nostalgia of a Georgian England of Mr Blunden and Langley Park, with the Edwardianism of Jamie and Lucy’s world. Mixed with good background music and wonderful setting amongst a stately home and a traditional village and the film is playing to all the traditional strengths of British film and drama. Adults will perhaps prefer these aspects to the plot, but children will enjoy the ‘good vs. evil’ aspect of the children’s fight to save the lives of Georgie and Sara against Mrs Wickens (played excellently by Diana Dors who steals the film). Sadly, the film misses much ‘fun’ that could be made out of the stark characters of Mr and Mrs Wickens and the rest of the cast (particularly the dandy-ish uncle played by James Villiers). There’s also one cringe-worthy moment too – when all the actors and actress wave goodbye at the end. They don’t make things that this anymore…. 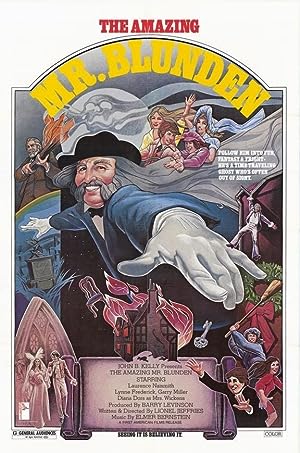 Be the first to review “The Amazing Mr. Blunden 1972” Cancel reply