Adolescents Aaron and Tony are playing a game of hide and seek in Aaron’s house, Tony now the hider and Aaron the seeker. When Aaron can’t find Tony, he gives up. Tony has apparently gone missing, which brings the authorities and news media in on the case. Ultimately Aaron is placed under hypnosis to see if he remembers anything significant about that day leading up to the game of hide and seek. As Aaron remembers backward from that game, he reminisces about an earlier incident in the armoire in his bedroom.

I saw this at Rooftop Films, and the premise of the second segment of short films was that all the films were about “Imaginary Friends.” True, I didn’t see much in “The Armoire” that alone suggested the idea that the friend was imaginary, in fact at the end it almost seemed like the friend could be real. The ambiguity of this is what made it fascinating, though.

If you approach this film with the premise that the friend is imaginary, nothing at all seems implausible. In fact, as a work of the boy’s imagination, it makes complete sense, and is, in fact, quite a beautiful, painful, and rather brilliant work. 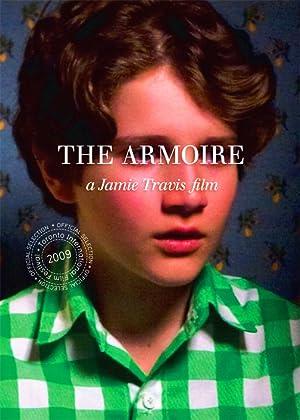 Be the first to review “The Armoire 2009” Cancel reply