The Blonde with Bare Breasts 2010 with English Subtitles

The two brothers Julien (Nicolas Duvauchelle) and Louis (Steve Le Roi) work on their father’s steel barge, which he won’t let them inherit. To keep the boat, they resort to stealing a painting, “La Blonde aux Seins Nus”. Unfortunately, a museum guard, Rosalie (Vahina Giocante), catches them and gets locked up in the boat. As the steel barge makes its way up the Seine, the brothers develop two different relationships with Rosalie.

This French movie kind of abandons plausibility from the start as a young teenage boy walks into the Museum d’Orsay and swipes a Manet painting by cutting it out of its frame. He’s spotted by a female security guard (Vahina Giocante), but instead of yelling for all the other guards to swarm the thief, she instead follows him on foot by herself and winds up kidnapped by the boy and his older brother who master-minded this incredibly low-tech heist in order to try to keep the family barge. She ends up locked in said barge and sailing down the Seine river with her fraternal captors.

If you can get past this highly implausible beginning, the movie becomes a little more interesting as it transforms into a relationship movie between the female hostage and the two brothers. There is some very nice scenery of the Seine and of Paris. Also, the Manet painting is not the only “Blonde with Bare Breasts” here (or a bare ass or bare. . .um. . .) as Giocante turns in one of the typically sex roles she has been doing since she first appeared as a teenager in “Marie, Bay D’Ange” in the late 90’s. Giocante is not a top either star in France or outside it (her most international film was a small part in the bizarro Vincent Castel Western “Blueberry”), but she’s perfectly adequate here, as are the two actors who play the brothers.

I don’t know if people who don’t tend to like French movies in general would care much for this, but I thought it was OK. 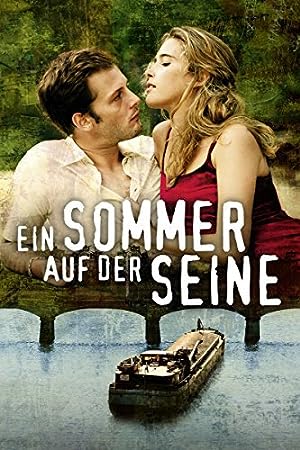