In the summer of 1989, the Mt. Vista motel has been slowly deteriorating on an isolated roadside, and its proprietor, John Henley, is not faring much better. Since his wife left him and their nine year-old son, Ted, John has drifted into despondency. With no parental or adult supervision to guide him, the young Ted’s darker impulses begin to emerge, leading him to explore a growing fascination with death. This fascination blossoms into a bizarre and dangerous method for roping in the occasional passing motorists for an unplanned overnight stop at the motel. When a mysterious drifter is forced to take up residency at the Mt. Vista for several days, he and Ted forge a unique friendship that sends the boy down a dangerous path.

The reviewers who disliked this movie didn’t understand it. It’s more European in its pacing and story arc, not for the simple-minded or those who do no outside reading. It is the best movie I’ve yet seen on the genesis of a sociopath and murderer, but it’a “quiet” film and assumes the viewer may know at least SOMEthing about one of the biggest topics of the last 50 years, serial murderers, and how they got that way. This boy has no guidance or love, his father is too wounded to notice or be of any real help. David Morse is always good, and Rainn Wilson’s performance was revelatory.

I liked The Boy and have been recommending it to people I know who will “get” it. It gave me the creeps. 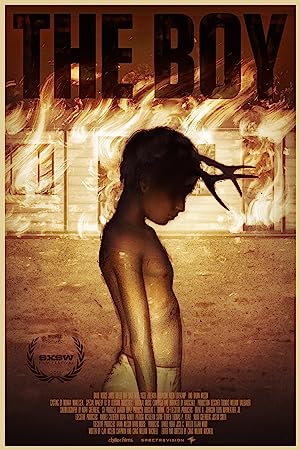 Be the first to review “The Boy 2015” Cancel reply