At first sigh, not convincing film. Because all seems reduced at the traits of a superficial sketch. At the second – a precise portrait for the condition of gay teenager, rejected by family. All is simple. And that is the virtue of the film. Because the tragedy of Henning life is familiar to the public of film. A public who knows more and, using his experiences, din not ignores the essence of this deep drama. In rest, nice performances, low budget and decent work. 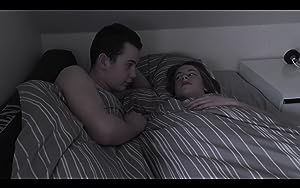