Home » Movies in English » The Chumscrubber 2005

The Chumscrubber starts out with Troy, a normal teenager who supplies “feel good” pills to everyone in his high school (this way he spreads happiness all around). But when his friend Dean pays him a visit, Dean discovers Troy has hanged himself in his bedroom during one of his mother’s pool parties. After the death, three local teens: Billy, Lee, and Crystal, want what’s left of Troy’s stash of pills and they know that Dean is the only one who knows where they are. But when Dean refuses to get the pills, the three teens kidnap Dean’s little brother, until they realize they’ve kidnapped the wrong kid.

I just watched this movie last night, and I can see this movie as being one you either really like, or you really hate. I personally found it very interesting, especially in the portrayal of suburbia being “perfect,” but when you look closer everyone has just as many flaws as any other person. The performances are solid as well as the soundtrack, but sometimes the movie moves a little slow, but then again what movie doesn’t? If you are not tired of the typical teen angst movie, then I suggest this movie. Although some people gave this a very bad review, I suggest you to just keep an open mind while watching it, you probably won’t be disappointed. There are only a few flaws throughout the movie, and also it exaggerates parents not paying attention to their kids very much and has a few unbelievable moments, but some of it is just because of the satire. I really liked this movie and I hope you do too! 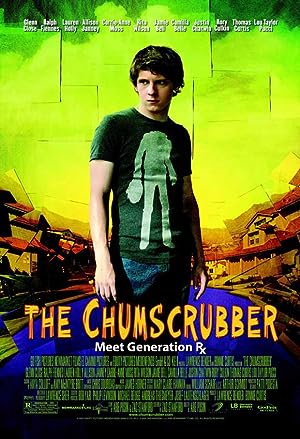 Be the first to review “The Chumscrubber 2005” Cancel reply