When his self-reliant mother dies unexpectedly, Atticus flees deep into the forests surrounding his Catskills home. Wandering the woods in shock, relying on what meager food and shelter he comes across, Atticus’ grasp on reality begins to fray. His nerves worn thin, Atticus latches on when he encounters Carter, a scruffy, pot smoking drifter, who lives out of his car and sells handmade necklaces on the festival circuit. A wary alliance forms, with each dependent on the other, but neither sure he is making the right decision.

Greetings again from the darkness. A favorite at some film festivals, this little film starts off very strong and captures our attention with the odd, yet fascinating dynamic between mother (Lili Taylor) and adolescent son Atticus (newcomer Silas Yelich). She spends much of her day committed to making sure her son learns to be self-sufficient. Their borderline off-the-grid minimalistic lifestyle has her also teaching him history and music. This is definitely not Hanna, where the parent teaches the kid to be an assassin.

Teasing a theme of The State vs The Individual, the story suffers once untreated diabetes removes mom from the picture, leaving Atticus to fend for himself. Having Atticus meander aimlessly through the forest makes sense given his background, but the story loses all focus at this point. Unfortunately it doesn’t really regain traction when Atticus latches on to the free-spirited hippie Carter (Peter Scanavino). Carter becomes a quasi-father figure and big brother, but his endless stream of screw-ups can’t be offset by his hand-crafted jewelry. He attempts to sell the goods at hippie festivals seemingly designed for pot smoking and skinny dipping.

With this beautifully photographed film, writer/director Tom Gilroy could have used a bit more attention to the script. The mother-son story easily could have lingered longer, and the Carter-Atticus story needed a bit more direction – more than just making the point that Carter has mostly good intentions. Young Silas Yelich looks really good on screen, but is given little to do, so we aren’t sure what to expect with his future work.

With some elements of Mud and Running on Empty, the look and feel of the movie gets us set up for a nice indie treat. Unfortunately, the script lets us down in the second half. 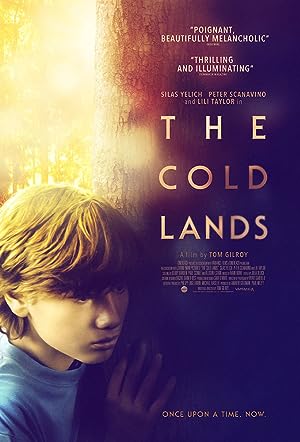