Peter and Bronny Taylor go on a trip to the Grand Canyon with their daughter, Stephanie, and Mikey, their autistic son. Mikey discovers a small cavern, where he finds rocks with glyphs on them. He takes the rocks, keeping a secret untold. When the Taylors return home, strange things begin to happen..

I really don’t know why people are writing comments slating this film.

It is not a ‘hardcore; horror that is likely to make you seek therapy for the rest of your life, but it is not dull or unwatchable either.

The production is good, the acting is good, and it is the kind of film you can watch when you just fancy a ‘movie night’ with friends or family.

The story is engaging enough to make it interesting.

It is probably not the best film you will watch in your life but is it also very far from the worst. 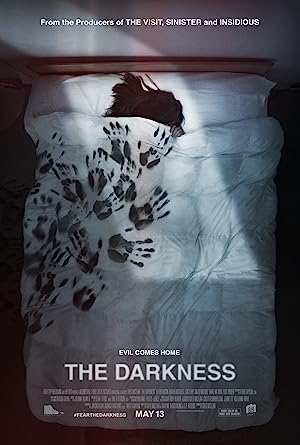 Be the first to review “The Darkness 2016” Cancel reply