12-year-old George Mellish, tired of beatings for both real and fancied misdeeds at the hands of his foster parents,runs away from home by hopping a freight train and lands somewhere east of the Mississippi River. The first person he meets is Dirty Jim Helliman who lives in a fantastically filthy hovel and with whom George feels a kindred spirit, both having “suffered” at the hands of a clean woman. It is (really dirty) Dirty Jim that tells George of the mythical, eight-foot bogey man called “The Fool Killer.” George gets sick and Dirty Jim takes him to town where Mrs.Ova Faversham takes charge of the feverish boy. When Blessing Angeline, Mrs. Faversham’s 10-year-old daughter, tells George that her mother intends to return him to his foster parents, George hits the road again. He meets Milo Bogardus, a young Civil War veteran, who has been robbed of his memory by a war wound, and is as lost in his own way as George. THey come upon a camp meeting, where the fanatical Reverend Spotts is conducting a revivalist meeting and during the religious frenzy, George blacks out. He comes to and is alone, and is unaware that the Reverend has been murdered, and starts in his search to find Milo. He finds a home with the Dodds, small town store keepers. When, at supper, Dodds makes mention of the murder of the Reverend Spotts, George blurts out that “The Fool Killer done it” and tells them the legend as told to him by Dirty Jim. That evening, while George lies in bed, a shadow appears at his window. It is the figure of a tall, gaunt apparition, ax in hand ready to strike—“The Fool Killer!”

I was a part of the filming of this movie.I appeared in at least one scene as an “extra” and was there for the filming of many other scenes.It was filmed on location in Knox County and Blount County in Tennessee in 1963 and premiered at Tennessee Theater in Knoxville TN in April 1965.The outside of Dirty Jim’s house was filmed at my home place at Concord Tennessee.The cast did an excellent job.My rating is high for the cast.The plot is good but could have been handled a bit better in my opinion.Overall,this movie is worth seeing.This movie portrays a young boy befriending people while he is on his own and shows a scared but loving kid. 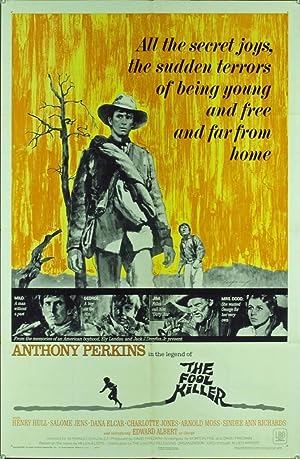