A charismatic leader and a high-spirited student group are on holiday in Italy. The surreal adventures of these friends are a free-flowing, four-part “multi-sensual symphony,” bereft of traditional story line. One national critic described the boys’ anarchic revelry as a “dream-like descent from civilization into the chaos reminiscent of Lord of the Flies.”

This a kind of Roman beach holiday for boys, with philosophical overtones. In a kind of reality play acted without a script, a group of boys discover freedom on an Italian beach and analyse the conventions that they otherwise obey. Religion is ever present by a character who first advertises for actors in a play and then appears in many guises throughout the film. In their freedom the boys (early teens) frolic on the beach and carry out their ‘roles’ in a naturist fashion – i.e. without clothes. But the boys are relaxed with their nudity and not at all embarrassed. It is evident that these boys are not professional actors and this, combined the nudity should not be misread as gay movie. The countryside is beautiful and the beach cliffs, dramatic. It’s an unusual film and the type that would be considered an art-house film. But if you end up confused and disgusted, then you’re watching in the wrong way. This is a film that does have a message, but one that we frequently obscure. 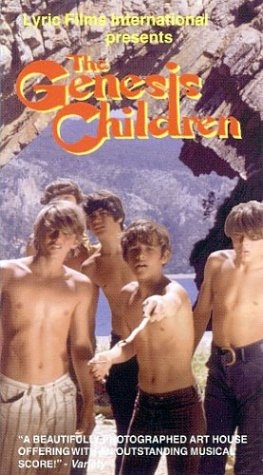 16 reviews for The Genesis Children 1972