The Human Surge 2016 with English Subtitles

A 3-country observation of the millenials in Argentina, Mozambique, and the Philippines.

It is definitely dark in this movie. The light, when not artificial, is low, allowing the volume to become dramatic. The main element of orientation is the voice (comprised of reconstructed dialogues), which remains clearly audible while the characters move around, approaching and leaving. In contrast, the camera stays at a certain distance from the main action and moves with a slow unchanging shift, giving us the sensation of being distant observers. It is not a stream of images with a voice-over, but a stream of voices with a “camera-over”.

There is an underground feeling to El auge del humano, even if the shooting passes through private and public spaces like a straight line that freely (almost indifferently) intersects the lives of young people; a cinematographic “parkour”. While we visit very different places and situations our (camera) eye ensures a perfect continuity, often coinciding with the steady walking pace of the constantly changing characters. Eduardo Williams connects Argentina, Mozambique and the Philippines, with a continuous and improbable line. A line largely drawn by internet connections: chats and video-sharing paired with spoken dialogues, bridging the individual and the group, the job and leisure. It gives us the impression that the group supervenes the individuals, which never really emerge as such. From the characters in this film, there are not statements but connections, nor are there places but passages. The small jobs constitute a hazardous constellation around the leisure time. In the section on the Philippines, a girl answers the why-question of a child: «No reason, just fun.»

It is a dark and vivid element of fun that animates this global, transversal experience of Eduardo Williams. No joy, no sadness; just the dreamy gaze of a virtual connection. And, at the same time, a realist documentary gaze on a certain southern region, on an often neglected suburban world. El auge del humano seems to concern humanity only marginally, as it is mostly focused on its eye or its vision. The mixture of the dreamy and documentary gaze describes the reality of imagination, which is perhaps nothing but the reality of the human (making daydreaming central to the main chapter of the book of the human?). This film is a vision, a trip, a walking movie, and an essay on the meaning of the connection: internet connection, human connection, geographical connection, urban connection, all melted into one straight line. The line tracking the single experience of which the film consists. 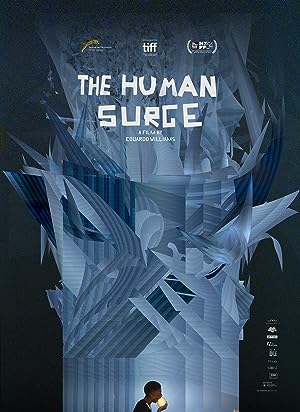 1 review for The Human Surge 2016 with English Subtitles