Home » Non-English with Subtitles » The Immortal 2019 with English Subtitles

The Immortal 2019 with English Subtitles

Ciro’s body is slowly sinking in the Gulf of Naples. As he plunges into darkness, memories emerge. It’s 1980, the earth is shaking, and buildings are falling. A baby’s cry emerges from beneath the rubble. Ten years later, the baby has grown into a young boy surviving, on his own, on the streets of Naples and getting his upbringing from the underworld. The aimless child of no one becomes Ciro Di Marzio, the Immortal.

What a fantastic movie I’ve just seen at the cinema. Just out, this movie is so great and full of actions. The story doesn’t let you to breathe and the 2 hours fly away as were 5 minutes. Finally another great great Italian movie.

Do not mess with Italians. The movie is well done, actors act very well, the plot is full of flash backs and the final wow is so great. 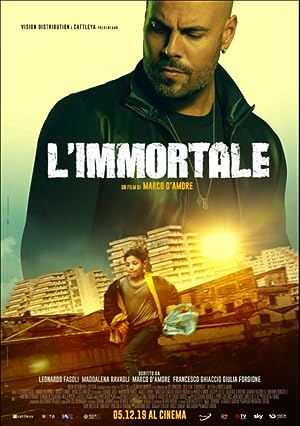