The story of a young boy who witnesses Billy the Kid’s encounter with Sheriff Pat Garrett.

I’m not exactly sure what this film’s ultimately message was, other than ‘don’t let one mistake define you’ or ‘don’t let others define who you are’ but I admittedly had some fun with this small western directed by Vincent D’Onofrio. Chris Pratt, Dane DeHaan and the lead kid, Jake Schur were great but the reason to see ‘The Kid’ is undoubtedly Ethan Hawke. Every time I think Hawke will take on a role unfit for him he proves me wrong. I’m of the mindset that he’s one of the greatest actors of the last 30 years to be honest. His movies may not be commercially a huge success, but push comes to shove, there may not be a more consistently fantastic actor working today, period. His role as the real life Pat Garrett is yet another great example, and perhaps the sole reason why I left the theater very pleased. 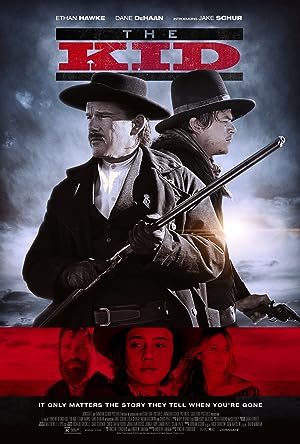