The Lost Son 1999 with English Subtitles

Xavier Lombard is a world-weary private eye in London, in exile from his native Paris; his best friend is Nathalie, a high-class call girl. He gets a call from an old friend from the Paris police department, now a businessman whose brother-in-law is missing. The missing man’s parents hire Xavier over their daughter’s objections, and quickly he finds himself in the realm of children’s sexual slavery. He guesses that the lost son is dead and shifts his focus to finding and breaking this lucrative business of child trafficking. He involves a reluctant Nathalie to hunt “the Austrian,” the shadowy head of the business. Violence erupts quickly, and Xavier soon has little more to lose

Daniel Auteil is perfectly cast for this role as a sleazy detective trying to escape a tragic past. Sure there are some cliche elements in the story but hey, isn’t that why we come to see this sort of movie? The subject matter is grim and I was left wondering about the still-gorgeous Natassia Kinski’s role in the story. I felt her character never really went anywhere. The twist at the end was really fairly predictable but nevertheless at its best this movie reminded me of Chinatown. 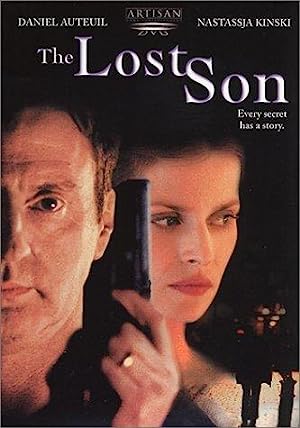 1 review for The Lost Son 1999 with English Subtitles