Home » Non-English with Subtitles » The Mirror 1975 with English Subtitles

The Mirror 1975 with English Subtitles

Tarkovsky mixes flash-backs, historical footage and original poetry to illustrate the reminiscences of a dying man about his childhood during World War II, adolescence, and a painful divorce in his family. The story interweaves reflections about Russian history and society.

It’s not easy to make such judgments, but this is my favorite film. A personal choice, for sure, but what MIRROR achieves is the height of poetry and literature. Its final moment, if it works for you (and I can imagine it wouldn’t for all), is a success of the “method of indirection” sought by poetry. Its effect is cumulative and devastating.

People often stress the difficulty of this film, but my only answer is to allow it to wash over you and allow it to have its effect. The first time I saw it, I was amazed, but a little baffled. The second time I cried. Each time since then I’ve teared up, if not actually wept. Its presentation, in its last shots, of the totality of the human experience, combined with the Bach’s St John Passion, crushes me every time. And I’m not even Russian. Nor am I religious–this is the closest I get to religion. You just have to be human to understand MIRROR. This is the way of all Tarkovsky. 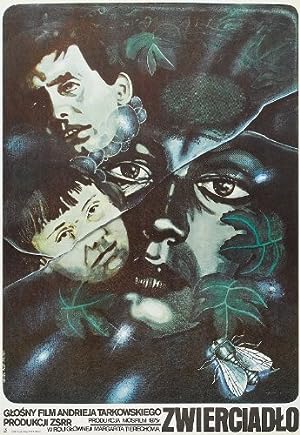 The Mirror (1975)
107 min|Biography, Drama|18 Jan 1978
8.1Rating: 8.1 / 10 from 31,598 users
A dying man in his forties remembers his past. His childhood, his mother, the war, personal moments and things that tell of the recent history of all the Russian nation.
Director: Andrei Tarkovsky
Creator: Aleksandr Misharin, Andrei Tarkovsky
Actors: Margarita Terekhova, Oleg Yankovskiy, Filipp Yankovskiy, Ignat Daniltsev