A poetic love story that follows Manchester and Noon as they enjoy a long, hot, summer romance. Noon is our narrator, a shy taxidermist who keeps a silent menagerie in the freezer alongside Manchester’s ice pops. Manchester documents their affair, creating wonderfully charged images with just a couple of cheap, instamatic cameras. When a wealthy gentleman called Franny discovers Manchester and launches his photography on the art world, the success destroys the beauty of their once idyllic life.

I was fortunate to be one of the first to see this at the EIFF press screening. I haven’t felt a film speak so honestly before. Here we have two characters Manchester and Noon, tangled in a sexually fuelled and intense relationship. They both live for the moment and everything outside their world threatens their together-ness.

The film focuses heavily on racy, intimate scenes between the pair. The chemistry between the two is very believable, I especially enjoyed Noons character played by Nancy Trotter Landry. her angelic face catches every single moment of emotion and you are sometimes taken aback at how filthy she is during the film. I also commend Liam Browne who plays Manchester for being brave enough to show his genitals whether urinating or being frozen cold. I haven’t seen a film like this where a relationship is so thoroughly sexually explored.

The plot of the film is lacking slightly but I feel it is contrasts the mundane northern feel. Nevertheless very good acting and I was fixed to my sit throughout. This feels like the way British cinema should be going, bold, brash and modern. 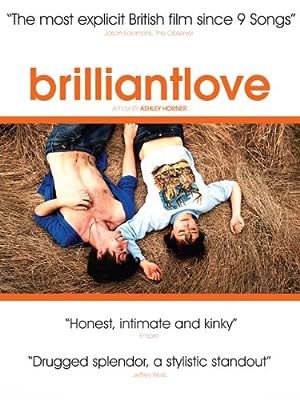 Be the first to review “The Orgasm Diaries 2010” Cancel reply