American boy, Cody, whose parents have died, lives in Australia with his guardian, Gaza. Cody is very imaginative, inventive, and inquisitive. He comes across some strange events happening in Devil’s Knob national park associated with an aboriginal myth about “frog dreamings”. Cody tries to investigate…

‘The Quest’ is how this Australian production is named in the USA. In Australia it is titled ‘Frog Dreaming’. In the UK it was ridiculously called ‘The Go-Kids’. For me, the most appropriate title is ‘Frog Dreaming’ (it’s the one which identifies most with it) but ‘The Quest’ also suits it well.

The star of this movie is Henry Thomas. There’s no denying that he was much more than just “Elliott”. He was a very capable actor and one of the few child actors who grew up without trashing his life and that is one thing that I admire on him.

Henry Thomas is Cody, a very determined boy with a strong will for adventure. So determined and adventurous that he doesn’t hesitate to take great risks to find the mystery of the monster-like thing on a dangerous and creepy pond, even if that implies disobeying orders or advices.

While the movie is predictable, it is entertaining and has a great deal of adventure. Henry Thomas, once again, offers a great performance (here as an adolescent and with an already changed voice).

What enchanted me the most was the beauty of the exotic Australian scenario, all natural settings and a reminder of the healthy habits and adventures kids had back in the good old days, a completely different reality from today’s deplorable habits and ideas of “fun”.

This is much more of an adventure movie but it also has some dark and sinister moments, which are creepier for being at night. 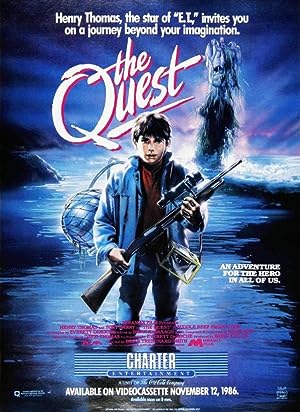