The Republic of ShKID 1966 with English Subtitles

Gang boys from the streets of St. Petersburg, Russia are being tamed and educated at SHKID – Dostoevsky School.

Set in 1920s St Petersberg when the book was written, this film was done in the 60s. This film is about the poor abandoned children growing up to be street wise, non trusting of anybody, mischievous, loveless. However their is one school master of an orphanage named after Dostoyevsky who is very compassionate and extremely patient to all these cases of children/kids picked off the street whose parents where either dead from suicide or execution amongst other things, is aware of the hope that lies beneath the rude and seemingly ungrateful kids who never new any better. The school master realizes, here is the part I like, that if he stops treating them as rascals as they have been all their lives, and shows that he is going to trust in them to have the place organized in the form of a republic with leaders and all, through fair voting, then he will gradually gain their respect. 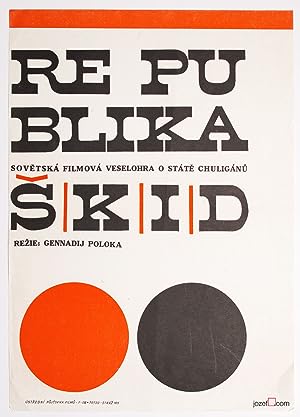 7 reviews for The Republic of ShKID 1966 with English Subtitles