The Revolt of Job 1983 with English Subtitles

Hungary, 1943. An elderly Jewish couple, Job and Roza, adopt an unruly non-Jewish child to whom they intend to pass on their wealth and knowledge before Nazi oppression engulfs Hungary.

I saw this film in the early ’80s. The Public Broadcasting System thought it worthy of airing in the Boston area. A truly remarkable and irrepressible little boy is adopted by an old Jewish couple. (I read that the director of the movie interviewed over 1000 children to find the little actor in this story.) The movie is filmed in Hungary just before the Nazi invasion. The country village is colorful and charming. Yet one knows what is coming. The ominous foreboding is off set by the wonder of the relationships. He collects frogs in a bucket and accidentally lets the out in the kitchen. Then the fun of catching them. The couple teach this little gentile their rich Jewish traditions. And then the inevitable… As a gentile, I found the Jewish life -wonderful. And because of it, have become hooked on Jewish film festivals. I love this film and want to see it again! 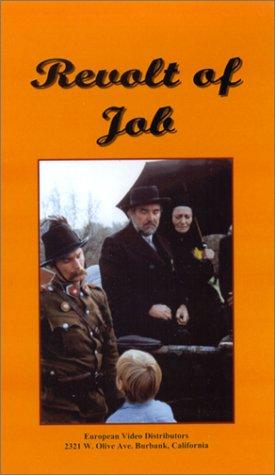 11 reviews for The Revolt of Job 1983 with English Subtitles