A film about a group of young baseball-enthusiasts who test the terrifying myth of Mr. Mertle owning a freakishly large and dangerous dog in his backyard.

The Sandlot 2 is a cute and funny movie! I watched it with the kids I babysit and they loved it. My mom and I also enjoyed it a lot and I’m 17 and she’s 49. It is definitely a movie I would purchase and watch again.

The Sandlot 2 takes place 10 years after the original Sandlot with all new characters. The plot is very entertaining for all ages. All of the actors in the movie are great and they are all so adorable!

I am glad that another great family movie was made. There is some slight cursing in it, but nothing major so just be aware of that if you have younger kids.

Everyone should give this movie a chance, even if they are fans of the original. It was made by the same director as the first, and it really compliments the original. 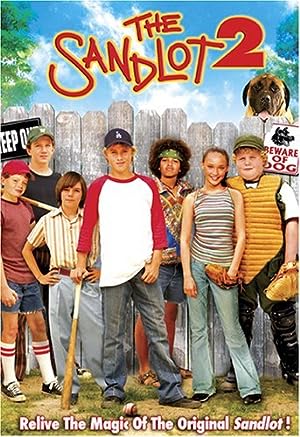