Home » Non-English with Subtitles » The Search 2014 with English Subtitles

The Search 2014 with English Subtitles

A French woman who works for a non-governmental organization forms a special relationship with a lost young boy in war-torn Chechnya in 1999.

This is one of the finest films I’ve ever seen (and there are over 2000 titles on my IMDb list.) It is a gutsy, grim, graphic story with some really horrible characters and some outstandingly good ones. Most amazing is the performance of young Abdul Khalim Mamutsiev. There is very little about him in the biography section but if this young boy (he’s 9 in the movie) is this great now, he will be another Olivier by the time he’s 20! This film captures the grim reality of the Chechan war, the mindless and corrupt brutality of the Russian army both within and outside its ranks and the bleak, blood soaked reality of the country. The entire film is shot in stark, cold colours with powerful effects and staging. I forget some films. It will be impossible to forget this one! 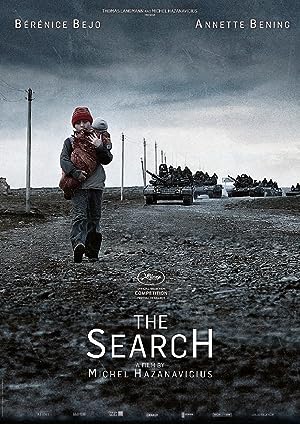 1 review for The Search 2014 with English Subtitles